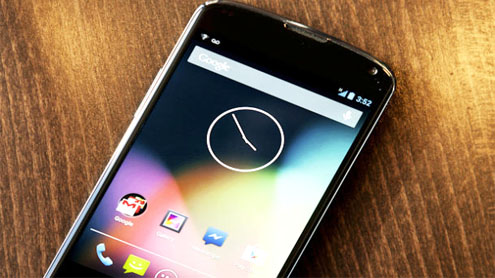 Following a worldwide trend, the new smartphone goes on sale in the U.S. and within hours is no longer available.

Just minutes after going on sale in the United States, the new Nexus 4 smartphone from Google and LG was already sold out. Visitors to the Google Play store are greeted with a “coming soon” notice for both the 8GB and 16GB versions of the device.

The phones previously sold out in the United Kingdom in less than an hour. Some customers reported having trouble accessing the store or checking out successfully. Meanwhile, Dutch blog Android World reported that a planned Netherlands launch was scrapped amid high demand elsewhere.

It’s unclear how many units Google was able to produce by launch time. The Nexus 4 won praise for its low $299 starting price, the fact that it arrived without a contract, and for subtle improvements in the Android 4.2 operating system, which it is the first phone to run. But itLG Nexus 4 drew criticism for failing to run on 4G LTE networks.The expanded Nexus 7 lineup and the new Nexus 10 tablet, which also went on sale in the United States today, were still available for purchase in all their configurations. – CNET