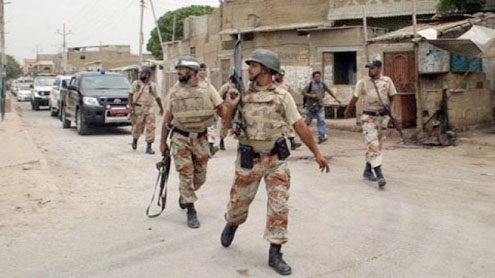 KARACHI: As many as thirty suspects were arrested by rangers and recovered hand grenades and other weapons in a targeted operation in Lyari on Sunday.

Earlier, Sunday morning, heavy contingent of rangers arrived in Lyari and conducted the operation in different streets and areas. Rangers also destroyed a torture cell during the operation.On the other hand, local people staged protest against the operation at Lee Market, Lyari Expressway, Mauripur Road and other areas. The protesters blocked roads, burnt tyres and broke things. – Onlinenews