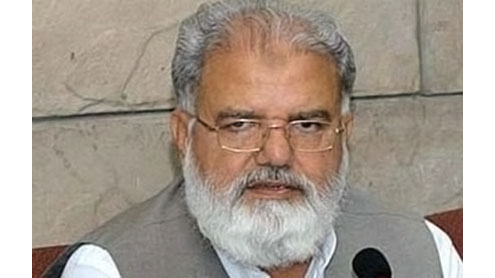 PESHAWAR: Jamaat-i-Islami central general secretary Liaquat Baloch said here on Monday that a civil disobedience movement would be launched in the country if the forthcoming general elections were postponed on any pretext.

He said that JI would chalk out its election strategy once date for the general polls was announced.Regarding countrywide protests against the blasphemous movie, the JI leader said that it showed that Muslims of Pakistan were ready for rendering all sacrifices in the name of Holy Prophet (PBUH).

Those intending to impose secular agenda by force in Pakistan should learn lesson from the strong protest and presence of religious sentiments among the masses, he said. Mr Baloch said that the elements supporting secularism should not taint the Islamic identity of Pakistan. They should avoid supporting secularism in the country, he added.

Mr Baloch said that JI believed in peaceful protest against the sacrilegious movie. He urged masses to avoid damaging public properties during the protest demonstrations. He said that JI saluted to those people, who took part in the protest to express their anguish over the blasphemy of their Holy Prophet (PBUH). The JI leader demanded of the US to seek apology from the Muslims across the word for hurting their feelings and award exemplary punishment to makers of the blasphemous movie. – Dawn