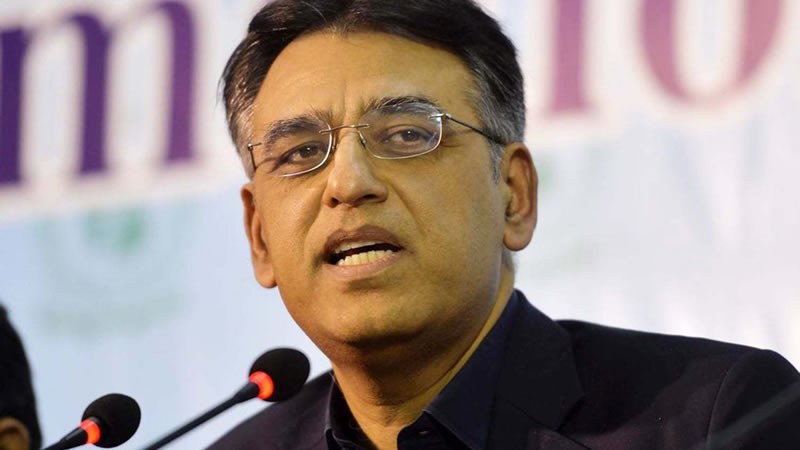 Minister for Planning, Development and Special Initiatives Asad Umar on Monday said due to non-compliance of the Standard Operating Procedures (SOPs) set to control spread of COVID-19, the situation in the country was getting worse.

In his tweet, he said oxygen supply capacity in the country was now under stress and the SOPs compliance remained low. “We are making a huge mistake by not following SOPs,” he warned.

He said the number of COVID patients in the hospitals was growing quickly and the critical care patients were now above 4,500, which was 30 percent higher than peak in June last year.

The minister said global COVID cases were exceeding 750,000 per day and deaths were more than 13,000.”We are seeing some of the worst numbers since COVID started. Our neighborhood is in severe crises,” he said, adding that the daily deaths in Iran were more than 300 and in India, more than 1,600 people were dying of the pandemic.

He stressed the need for adopting safety precautions more than ever. According to the latest update issued by the National command and Operation Centre (NCOC), the national tally on Monday of total active COVID-19 cases recorded 82,276 with 5,152 more people tested positive for the deadly virus and 3,362 people recovered from the disease during 24 hours. Seventy-three corona patients have died during 24 hours, 71 of whom were under treatment in hospital and two out of the hospital in their respective quarantines or homes.

Most of the deaths have occurred in Khyber Pakhtunkhwa followed by the Punjab. Out of the total 73 deaths occurred 19 of them had died who were under treatment on ventilators. The maximum ventilators were occupied in four major areas including Multan 81 percent, Nowshera 100 percent, Gujranwala 88 percent and Lahore 81 percent.

Around 662,845 people have recovered from the disease so far across Pakistan making it a significant count with over 90 percent recovery ratio of the affected patients.

Around 4,553 have perished in Sindh among two of them died in hospital on Sunday.

A total of 11,204,529 corona tests have been conducted so far, while 630 hospitals are equipped with COVID facilities. Some 5,349 corona patients were admitted to hospitals across the country.

Pakistan Institute of Medical Sciences (PIMS) has decided to suspend surgical operations so that oxygen suplly for corona patients could be maintained. According to PIMS administration the decision was made due to growing number of patients in the health facility.

Geo News reported that all the 106 beds in the Khyber Teaching Hospital in the KP had been occupied, and the administration was mulling over increasing the number. Meanwhile former IG KP Nasir Khan Durrani also passed away due to COVID-19. According to the MS, Durrani had been admitted to Mayo Hospital for the past one month and had been on ventilator for one week.