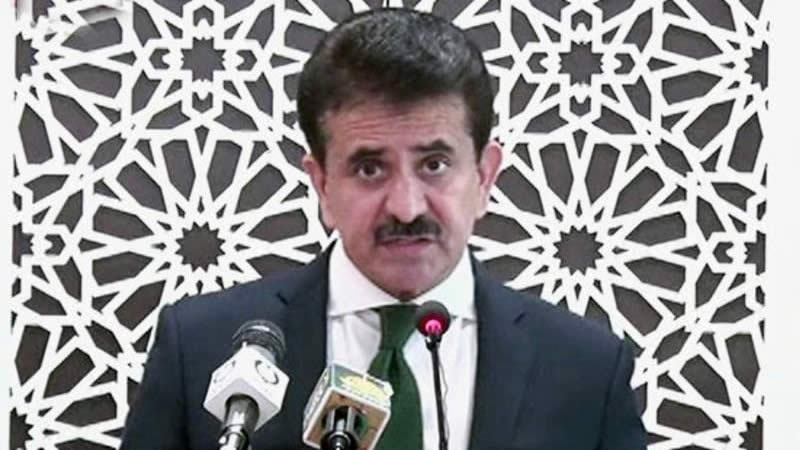 Pakistan on Thursday welcomed the Biden administration’s renewed push at seeking an end to the war in Afghanistan with a set of new proposals but aired its concerns over giving India a role in the Afghan endgame.

The new US administration recently outlined its strategy regarding Afghanistan. The four-point plan includes a UN-sponsored conference of regional countries, high-level talks between the Afghan government and the Taliban in Turkey, 90-day reduction in violence and a transitional Afghan government.

The plan is aimed at breaking the stalemate in the peace process as US Secretary of State Antony Blinken in a letter to Afghan President Ashraf Ghani had warned that the Taliban might take over after the US withdraws its troops from the war-torn country.

On Thursday the Foreign Office formally reacted to the US plan and said Pakistan welcomed the “US efforts to re-energise the peace process and expedite the final political settlement”.

He said Pakistan had continued to emphasise that there is no military solution to the Afghan conflict and the only way forward is through a political process.

“It is important for the parties to the Afghan conflict to continue negotiations and pursue an Afghan-led and Afghan-owned peace process. All sides must work together for an inclusive, broad-based and comprehensive political settlement,” he added.

Responding to the proposal of inviting India at the UN conference on Afghanistan, the spokesperson said Pakistan supports regional approaches to solving the conflict in Afghanistan.

“At the same time, we need to remain cognisant of the role of spoilers. Unfortunately, India has not been a constructive partner for peace in Afghanistan,” the spokesperson said.

“It is important to guard against the detrimental role of ‘spoilers’, both within and outside Afghanistan, who do not wish to see return of peace in the region,” he maintained.

As for talks with India, the spokesperson said Pakistan had never shied away from talks and has always called for a peaceful resolution of all outstanding disputes, including the internationally recognised dispute of Jammu and Kashmir.

“GAVI, the international vaccine alliance, has offered to provide vaccine doses to several countries, including Pakistan under its COVAX Facility,” he clarified.

“The procurement and supply mechanism of the vaccine doses are undertaken by GAVI and not the recipient countries,” the spokesperson further explained.

To a question regarding update on the missing Pakistani retired army office, Habib Zahir, in Nepal, the spokesperson said on request of the government, Nepal had constituted a special team to look into the incident, but there was no progress in the matter so far.

“The abduction of Habib Zahir is a serious transnational crime which is in sharp contravention to the international law, especially human rights and humanitarian law,” he said.

He said the UN Working Group on Enforced or Involuntary Disappearances had also registered the case of Habib Zahir, on the request of his family.