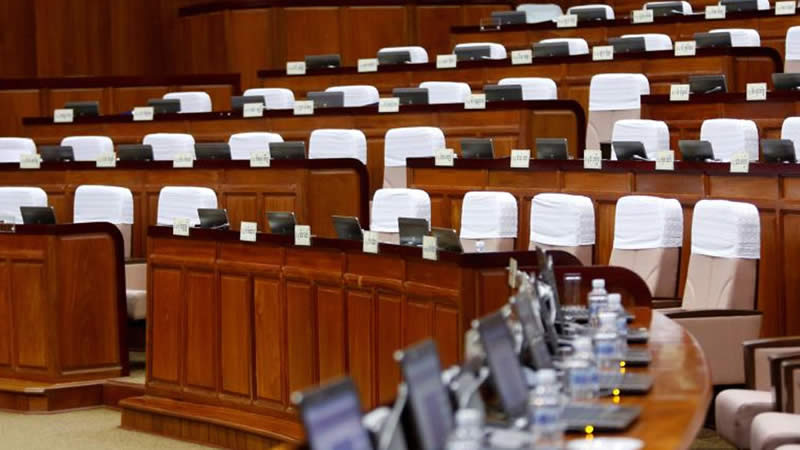 Contrary to the replies of Punjab and Khyber-Pakhtunkhwa, the Sindh government on Monday submitted its response to the presidential reference before the Supreme Court, saying that a constitutional amendment is required for holding upcoming Senate election through open ballot.

The 18-page reply presented by Sindh Advocate General Salman Talibuddin on behalf of the provincial government said, “Elections to the Senate are elections ‘under the Constitution’ as expressed by a plain and ordinary reading of Article 226 of the Constitution.

“The insertion of the word ‘held’ in Article 226 would lead to an absurd and illogical conclusion, which is beyond the intention of the Legislature and in conflict with the democratic values of free and fair elections encoded in the Constitution.

“Undoubtedly, the Senate is elected under the Constitution and the Elections Act merely provides the procedure for holding the election, as mandated by Article 218 of the Constitution.

“Therefore, any provisions of the Elections Act which regulate the conduct and manner of the Senate election must comply with the constitutional requirement of voting by secret ballots prescribed by Article 226 of the Constitution.”

The Sindh government stated that the written synopsis had shown that the reference has been filed on the ground of political expediency and the question could therefore not be termed a “question of law”.

In the circumstances, it added, the moral suitability of the question for an opinion under the advisory jurisdiction of Article 186 of the Constitution was questionable and it was the government’s position that for reasons of judicial propriety, the court should decline to offer the opinion.

Punjab and Khyber-Pakhtunkhwa provinces as well as the Senate chairman and the National Assembly speaker had supported the reference.

“It is the considered view of the Punjab that the reference in question may kindly be answered in the affirmative so that by undertaking necessary remedial statutory action, the Election Act 2017 is amended and enable the elections to the Senate to be held through open ballot,” Advocate General of Punjab Ahmad Awais said in its reply.

Whereas, the K-P advocate general said: “This provincial government supports the reference No 01, 2020, sent by the President to this Honourable Court.”