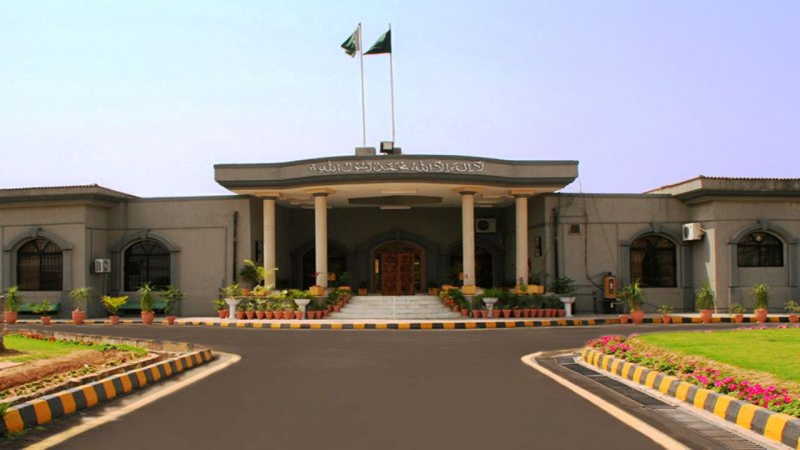 Expressing anger over a report the National Accountability Bureau (NAB) has submitted to the Islamabad High Court (IHC), Chief Justice Athar Minallah has accused NAB of attempting to scandalise and blackmail IHC judges.

During the hearing of a petition filed by former federal minister Akram Khan Durrani for a pre-arrest bail on Tuesday, a NAB investigation officer (IO) submitted the report that mentioned names of some IHC judges as well as other judicial officers who had allegedly been given out-of-turn allotment of government accommodations.

Chief Justice Minallah also expressed annoyance over the request of the NAB IO to keep the report confidential. He observed that NAB had included the names of judges in the report in a bid to blackmail them.

It may be mentioned that in 2015 the Ministry of Housing and Works made out-of-turn allotment of government houses to judicial officers and staff of the IHC, including a brother of then chief justice Mohammad Anwar Khan Kasi and officials who were brought into the IHC in a non-transparent manner. The Supreme Court in the subsequent year, declared their appointments as illegal.

The allotment was made in violation of the law ministry’s advice that stated that the decision of the apex court on the observance of the General Waiting List was binding on all courts, including the IHC, according to which the allotment is made on a seniority basis to the entitled government officials only.

It added that as per the Accommodation Allocation Rules 2002, the employees of the IHC were not entitled to the allotment of government houses.

It may be noted that the housing ministry also allotted government accommodations to Justice Minallah and Justice Aamer Farooq.

The High Court Judges (Leave, Pension and Privileges) Order, 1997 allows government residence for high court judges. However, NAB included the names of IHC judges in the list of those judicial officers who were given out-of-turn houses.

Under Rule 21 (1) of the said Order, “A Judge shall be entitled, without payment of rent, to the use of a residence throughout his term of office and for a period of thirty days thereafter and no charge shall fall on him personally in respect of its maintenance.”

Chief Justice Minallah clarified that he was allotted the government house on April 18, 2019 since the occupant of the house he was allotted earlier did not vacate the same.

“The list contains names of judges and officials of the Supreme Court and High Court,” observed the IHC chief justice, asking the investigation officer as to why they included name of senior puisne judge of the IHC. “Do you know how and when the allotment was made to learned judge?”

The IO replied that the allotment was made to him under Rule 67 of the Accommodation, Allocation Rules.

“And you want to blackmail the high court,” remarked the IHC chief justice, saying no judge of this court could be blackmailed.

If there was any discrepancy, then why NAB did not file a reference of misconduct against these judges before the Supreme Judicial Council (SJC), he asked.

He said some other issues had also been brought to the knowledge of the court, but “we try to ignore such peripheral issues”.

Justice Miangul Hassan Aurangzeb, another judge in the bench, also expressed annoyance over the NAB report.

“We respect the NAB chairman for being a retired judge of the Supreme Court, but there is a limit of showing restraint. For us he is a public office holder,” he remarked.

Did NAB intend to arrest Mr Durrani on the basis of this report, asked Justice Aurangzeb.

The registrar of the IHC and the then housing and works secretary were also responsible for these allotments, Justice Aurangzeb said, asking the NAB IO if the Bureau arrested them.

“We offer ourselves for accountability, but will never let anyone to scandalise the institution,” he remarked.

The bench referred the matter to the NAB chairman and adjourned the hearing till April 8.