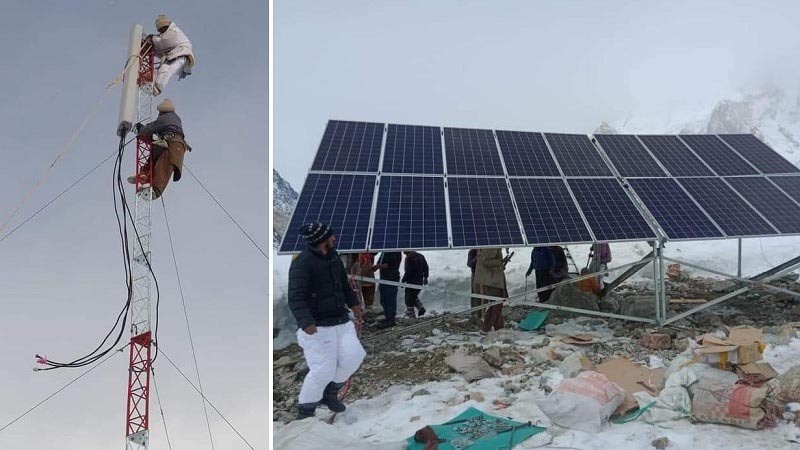 The Special Communication Organization, a government entity that works under the Ministry of Interior, has installed the first-ever cellphone tower at the K2 base camp.

The project is aimed at facilitating the tourists and mountaineers. It will help the mountaineers stay in touch with their teams while attempting to summit the world’s second highest peak.

Gilgit-Baltistan Tourism Minister Nasir Ali Khan told SAMAA Digital that mountaineers and tourists will now be able to use their cellphones and internet on the mountain.

Previously, they had to rely on satellite phones to stay in touch with the base camp. Climbers often faced difficulties in contacting each other due to harsh weather conditions in winters.

The GB government is taking more steps to facilitate tourists, according to the minister. Pakistan has also initiated the Lahore-Skardu flights twice a week.

The government would soon open a new route for local and international travelers, he said.

The region would soon be having 4G internet services, he had announced.