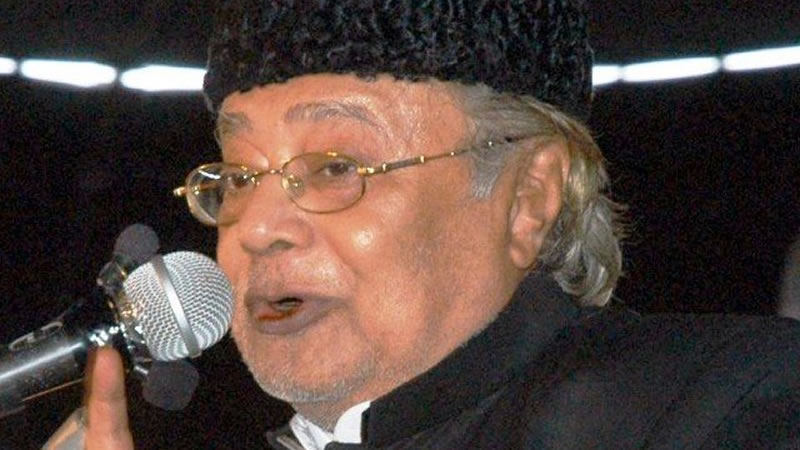 Widely respected religious scholar and orator Allama Talib Jauhari passed away at a private hospital on Sunday night after a long illness. He was 80.

Sources said the well-known Shia scholar, whose speeches during Muharram used to be televised regularly, had been under treatment at the intensive care unit of the hospital for the past 15 days. He left behind three sons to mourn his death.

According to the Majlis-e-Wahdatul Muslimeen media cell, Allama Jauhari was born on Aug 27, 1939 in Patna, Bihar. He obtained his early education from his father, Maulana Mohammad Mustafa Jauhar.

In 1949 he migrated to Pakistan along with his father. Later he left for Najaf, Iraq, where he studied religion for a full ten years under the tutelage of renowned Shia scholars of the time.

Allama Jauhari commanded respect among members of his sect in great part because he was a class fellow of the widely revered scholar Ayatollah Sayyid Ali al-Husayni al-Sistani.

In 1965 he came back to Karachi and was appointed principal of the Jamia Imamia.

In time he made a name not just as a religious scholar but also as an orator.

Punjab Police use stun Guns with Impunity against SOP Violators

Punjab Police use stun Guns with Impunity against SOP Violators